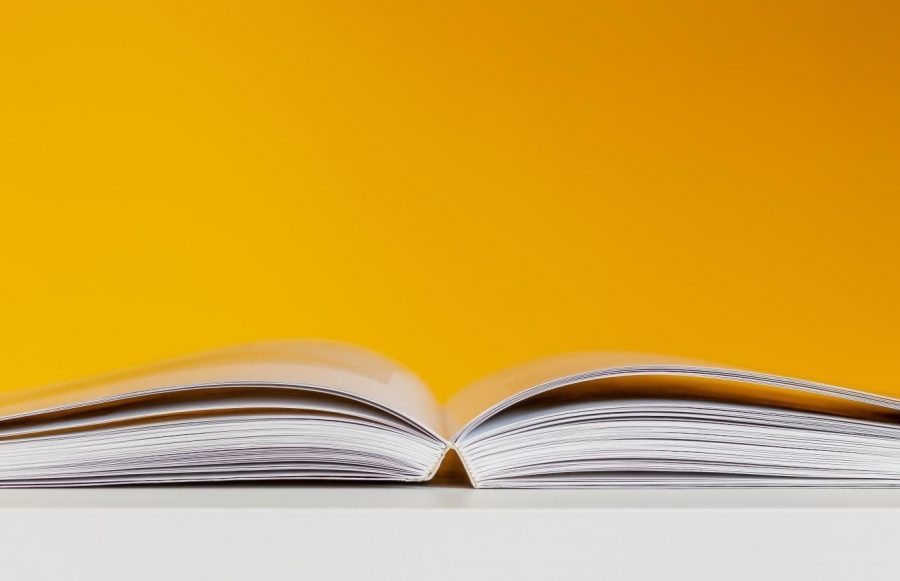 In an illustration, a textbook lays open on an empty table. UPrep teachers report student and family stressors on forms of assessment.

By Anna Inghram and Theo Mahlum

Students at University Prep chase perfect grades in order to meet expectations laid upon them by parents, colleges and themselves to achieve the highest grades they can, but students are not alone in facing grade-related pressure. UPrep teachers also face pressure to give students higher grades.

History teacher Raj Bhat, primarily a ninth grade teacher, frequently deals with students who are unhappy with the grade he has given them.

“Almost every quarter, I would say, somebody is unhappy with a grade that I give them for something,” Bhat said. “Every time we do a big project on something in ninth grade … on average, I get one or two inquiries regarding grades that I post for those.”

“I’ve definitely received pushback from students and families around that,” Kaholokula said.

While acclimating to the educational climate at UPrep, Kaholokula noticed that she received more complaints about grades during her first year of teaching at UPrep.

“My first year here was terrible with [that]. I had people arguing with me over a tenth of a percentage point of a single homework assignment,” Kaholokula said. “The newer teachers are treated less kindly by the school in general.”

“Teachers new to a school tend to be under more scrutiny than teachers who have been here for a while,” Jaffe said. “The [student’s] expectations are usually, ‘I hope I get a good grade in this new teacher’s class.’ And that’s not always what happens. That’s when a lot of the tension happens, in my experience.”

History teacher David Marshall has also experienced pushback around his grading policies, especially during his first year teaching at UPrep. Compared to previous public schools he taught at, Marshall has noticed that students and teachers alike seem to face more pressure around grades at UPrep.

“I think when you compare it to public schools, on average, grades probably take on greater importance here if only because of the price tag attached to UPrep. Understandably, parents see coming here as an investment,” Marshall said. “We call ourselves University Prep, and there’s the expectation that [students] will be prepared for university and get grades good enough to enter a university of their choosing.”

Like Marshall, Bhat has noticed that the private school environment appears to affect how the UPrep community views grades.

“I would say that once you’re within an institution like UPrep …  there’s a certain expectation that once you’re there, everybody who’s there is already above average, right?” Bhat said. “Because of that, the average grade [of a C] is not acceptable to most people.”

Because of that mentality, Bhat thinks that both students and teachers feel pressure to avoid “average” grades.

“I think there is a lot of pressure to stay away from [the average] range. And that’s no matter whether you’re talking about students not wanting to be in that range in terms of the grades they’re receiving, or I think teachers are hesitant to give that grade because so many people in this community see a C as a failure,” Bhat said.

“The idea of giving a zero to a student for a variety of reasons — plagiarism, any other form of cheating, just simply not turning in the work, those sorts of things — was pretty standard at my last school,” Kaholokula said. “But there’s a lot more wiggle room at UPrep around [finding] ways to not give students zeros, even if they’ve not turned in work or even if they plagiarize the work they’ve turned in. It’s definitely more flexible, I’d say.”

Over his years of experience in the world of education, Jaffe has seen grades rise. This problem of grade inflation, Jaffe sees, is not unique to UPrep.

“I’ve been in schools almost my whole life, but professionally for 38 years. And as a student, I think C used to be average. I don’t think C is seen as average at University Prep, but I don’t think that separates University Prep from the rest of the country,” Jaffe said.

This sense of pressure to avoid giving students low grades, Bhat feels, does not necessarily stem from a specific source, but rather, is widely present in the UPrep community.

“There has never been any direct pressure from anyone. Not a parent, not an administrator that directly says, ‘We don’t want you to give this student a C or a D.’ Now, unspoken, do teachers feel that pressure in different ways? I think, yes. And from different places, and from both of those places that I mentioned. But I think even more than that is just kind of a general feeling among the community that a C is a failing grade,” Bhat said.

Jaffe sees this pressure as a result of a widespread problem of grade inflation, rather than a problem specific to UPrep.

“I think it’s more societal than institutional,” Jaffe said. “I fully understand how teachers would feel that [there’s pressure to give higher grades at UPrep], but I don’t think it’s coming from the institution saying, ‘You better give your kids grades that are commensurate with the expectations of families.’ I just think it’s a societal expectation and teachers wanting to do what’s best for kids.”

Not all UPrep teachers, however, experience pressure to give students higher grades. Science and math teacher Ragini Narasimhan has had conversations with students and families about grades before, though she has never encountered a situation where the inquiry felt unfair.

“Yes, I have been contacted. And it’s been pretty reasonable. It’s been about, ‘Oh, you know, they’ve been doing well so far or they have had a period of time where they have not done well. So how can we set them up for success?’” Narasimhan said.

This differences in experience between Narasimhan, a STEM teacher, and Bhat, Kaholokula and Marshall, humanities teachers, may be due to the nature of the subjects that they teach. Science and math lend well to more objective grading processes. In contrast, subjects like history and English require more subjectivity in grading.

Kaholokula has also noticed that students who are upset with the grades they have received often blame their grades on how they imagine Kaholokula perceives them.

“I think grading triggers students to feel certain ways relative to my personal interactions with them,” Koholukula said. “So, you know, it’s, ‘Oh, she gave me this B because she doesn’t like me, not because the thing that I wrote or the assignment that I turned in, on the rubric, met the requirements of the B quality.’”

While concerns over the fairness of grading can lead to unpleasant situations for students and teachers alike, conversations about grading have the potential to be productive.

“I’ve had that conversation a few times with teachers, and they’ve been really open and honest with me, and I’ve learned a lot through them. So I think that those have been good conversations to have,” Neutz said.

Senior Sasha Lees agrees that discussing grades with teachers can be helpful. Once when she received a grade lower than she had expected on an essay, she met with her teacher to see if they could discuss the possibility of changing her grade and came away from the meeting with a fuller comprehension of how she could improve as a student.

“By the end of the little meeting, I actually really understood what my teacher wanted from the essay rather than what I gave them,” Lees said. “It was actually such a good experience for me as a student just to see how my teacher graded my essay and read my essay.”