Not Lax About Lacrosse 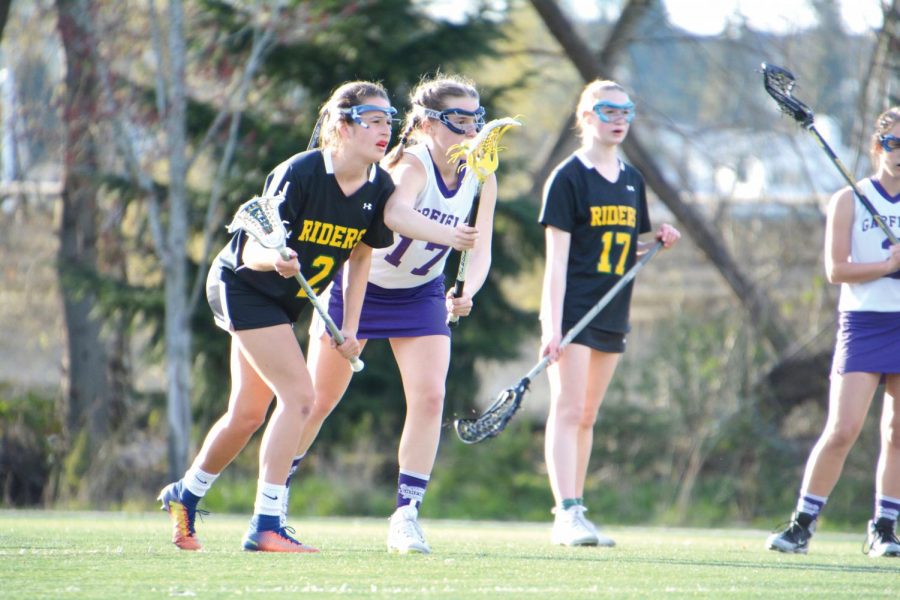 UPrep students who play lacrosse must find outside schools who field teams. Senior Courtney Zell, on the left, playing on the Roosevelt team against Garfield.

The lack of a UPrep lacrosse team drove several Upper School students to join teams at other high schools in the area during the spring season and this year, several of them became captain.

Senior Courtney Zell has played lacrosse since fourth grade and recently became the captain on the Roosevelt High School lacrosse team. For Zell, playing a sport for a school, besides your own can be difficult, especially when you are just beginning.

“My freshman year it was kinda hard since I didn’t know anyone,” Zell said.

Junior Jason Funes joined the Roosevelt team his freshman year because UPrep did not offer a team.

“I’ve played lacrosse since fourth grade,“ Funes said. “I basically just figured [that] to continue to play lacrosse, I would play for Roosevelt.”

For Senior Sarah McCall, a captain on the Ballard High School lacrosse team, has been playing lacrosse since kindergarten. McCall grew up in the Ballard area, so playing for Ballard meant playing with some of her best friends from childhood. Even so, she wishes she could play for UPrep.

“It would be nice to wear UPrep colors and be supported by the school,” McCall said. “That’s one thing that kinda sucks, [that] people from the school do not watch me play.”

Funes had a similar experience in his freshman year but saw it as “an entirely new way to meet people.”

Rising through the ranks, McCall and Zell, have even become captains on opposing teams     Both students found the experience of being captains challenging at times.

“It can be weird, especially since captains in the past have been from the school,” McCall said.

“[Being captain] is a little difficult because you don’t go to school with them every day,” Zell said.

In the end, Zell feels that “not going to school [at Roosevelt] hinders my ability to be a leader” but, over time, she has realized that she “can still be a leader on the field.”

At one point during the season, McCall and Zell met on opposite sides of the same field, playing against each other.

“It’s really not that weird. She’s just another opponent, and I wouldn’t treat her any differently,” McCall said.

While other UPrep
students have played against each other on opposing lacrosse teams, this game was particularly notable as the two students both held the title of captain.

“It was a really good game, very close. It was cool to see us both in leadership positions. It’s fun to be competitive…on the lacrosse field,” said Zell.

Both students were grateful  to see another UPrep student on the field.

“I really like to see other people play lacrosse since it’s not that popular here,” Zell said. [It’s nice] to just play against your friends, and it’s competitive, but you also know that you go to the same school.” 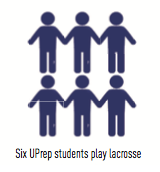