My week of eating kosher 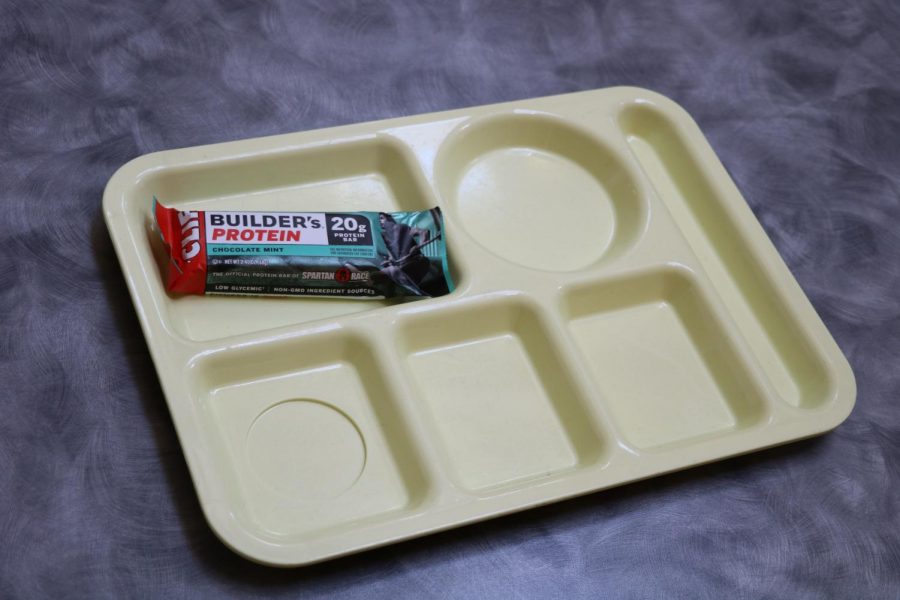 My kosher lunch of choice during my week of eating kosher, a Cliff Builder Bar.

To test the feasibility of a kosher diet prior to the month of kosher lunches, I chose to eat kosher for the week between 3/10 and 3/16.

No pork or shellfish at any time
No meat and dairy in the same meal
No Starbucks, as it was not deemed a kosher environment by my fellow journalists at the Puma Press (especially difficult to follow)

SUNDAY: Sunday was rough. Prior to Sunday, I had treated the previously desirable, kosher-for-a-week article with a sense of humor. However, Sunday began with the now-unquenchable thirst for a Starbucks Chai Latte. Knowing that I would be disappointing the entire journalism crew if I submitted to my demons on the first day, I settled for a bagel and cream cheese and listened to a playlist consisting of Calum Scott and Sam Smith while completing a history assignment for Mr. Marshall. Substituting chips and salsa for a more traditional lunch, it was a pretty average Sunday afternoon. Dinner consisted of a basic tofu stir fry to conclude the first day of seven.

MONDAY: Monday was not actually too difficult to survive. Breakfast was a kosher packet of apple-cinnamon instant oatmeal mixed with a second kosher packet of maple instant oatmeal which provided the perfect combination of apples and maple syrup. For lunch, I had planned to eat a protein bar but was tempted by the sesame seed noodles offered by Commons Cafe and decided to treat myself. Deciding to not pass through University Village, I avoided the temptation of Starbucks  and got home without a backslide to my previous addiction. Dinner was a coconut miso salmon curry. I fell asleep the second night having not broken a single kosher restriction.

WEDNESDAY: Wednesday was the worst day yet. I opted out of breakfast, deciding to instead leave home earlier and arrive at school in time to finish homework assignments. I did, however, pack a chocolate-mint protein bar which I hastily ate for lunch. After school, I needed to focus on school assignments and sat down inside the University Village Starbucks for four long hours. I could not order a Chai Latte. Arriving back home late, I quickly ate paprika crusted turkey and sweet potatoes and fell asleep.

REFLECTION: If I have learned anything it’s that eventually you adapt and become used to eating Kosher. That is not to say I stayed kosher after the week was over, the first thing I bought was a Starbucks Chai Latte. For me, a month of non-kosher lunches should not be a problem and I am confident in the Commons Cafe’s ability to plan good, kosher meals.